2000s hip-hop fashion trends that were popular on the scene

The hip-hop fashion trends of the 2000s are considered one of the most influential in the world. music the history of the genre. Top hip hop artists were at the forefront, showcasing the latest trends and their fans were quick to embrace them. Anything that suggested wealth was iconic, from then-fashionable clothes to designer jewelry.

PAY ATTENTION: Check the news which is chosen exactly for you ➡️ find the “Recommended for you” block on the home page and enjoy!

Hip-hop artists have been trendsetters in fashion world. Fashion is an important part of hip-hop culture, as certain outfits are directly related to the musical genre. If you are a fashion lover, you will identify with many hip-hop fashion trends of the 2000s.

Pioneering hip-hop musicians such as Tupac and Notorious BIG were fashion trendsetters. The 2000s saw the emergence of many artists and significantly influenced the fashion world. Here are some notable men’s hip-hop fashion trends that rose to popularity in the 2000s. 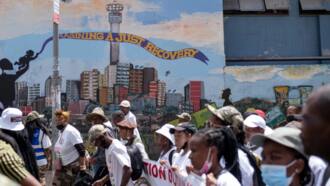 PAY ATTENTION: Check the news which is chosen exactly for you ➡️ find the “Recommended for you” block on the home page and enjoy!

Expensive jewelry, also known as bling, has been used by many artists to show off their flashy life and wealth status. Artists wore jewelry around their necks and rings on their fingers. In the 2000s, grillz came into the limelight and was adopted by many artists. Grillz are dental jewelry in gold, silver and platinum.

Loose t-shirts and pants were the real deal for men in the 2000s. Rap ​​duo Kriss Kross reportedly introduced the dress style in the 80s and 90s. It gradually rose in popularity peaking in the 2000s Rappers such as P Diddy, Cam’ron and Dipset made the style appealing during the period.

Donning your favorite team jersey was another visible fashion trend in the world of hip-hop. Most musicians have shown their allegiance to teams in different games, such as basketball, baseball, and football, by wearing their jerseys. Singlets were considered cool and fashionable outfits that complimented hip-hop music. 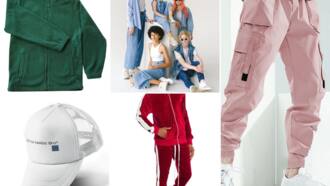 Nike’s Air Force One sneakers were coveted possessions in the 2000s. The shoes were not only a favorite of hip-hop fans, but basketball fans loved them as well. Apart from sneakers, Timberland boots were also worn by many hip-hop lovers. Boots were regularly paired with oversized clothing.

For a long time durags were worn by African Americans until rappers Eminem and Mac Miller made them popular among white people. The durag became Eminem’s signature outfit in the 2000s and attracted a massive following. Other artists known to wear durags are Ja Rule and Nelly.

Sweatbands are sometimes called sweatbands and were popular among athletes. Artist Nelly is known for starting the sweatband fashion trend in hip-hop, and many other singers and fans quickly adopted it. These blinds are available under different names, including slate blinds and louvered blinds. They have been known since the 1950s, but the hip-hop world made them popular in the 2000s. Many high-profile singers opted for slatted sunglasses, which made them fashionable.

Also known as camo pants, they were a common fashion trend in the 2000s and were worn by both men and women. The outfits gave the performers a jungle look and complimented many other clothing styles. Men always wear the clothes, but women prefer feminine variations.

The bandana was a fashion statement for most 80s and 90s rappers, especially Tupac Shakur, who wore it in most of his appearances. Dress was a big fashion trend in the 2000s and is still embraced by some artists today. Nowadays, bandana scarves are worn by women and men on their heads, necks and hands. 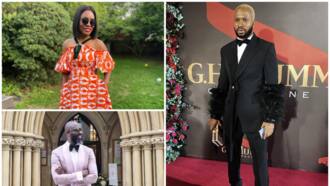 Female hip-hop artists have shown significant influence in the fashion world. 2000s hip-hop fashion brands such as Sean John, Lacoste and Von Dutch partnered with the artists to promote their wares. Here are the top women’s fashion trends for the decade.

Sunglasses with different shades are popular among women and men who love hip-hop music. They were considered staples in the 2000s after the Seal Paul and Blue Cantrell music video. Breath. Depending on your outfit, you can complement it with your choice of sunglass tint.

Although these outfits have been around for a long time, they were featured prominently in the hip-hop fashion of the early 2000s. Female performers wore different clothing designs in multiple colors and fabrics. Interestingly, fans of other musical genres, such as soul and pop music, have also embraced the outfit.

Folded off-the-shoulder tops have risen to prominence among fashion enthusiasts since 2019. However, they used to be called plunging neckline in the 2000s. It was one of the favorite outfits of female artists. 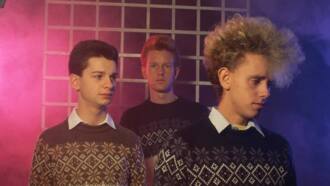 The best of 80s men’s fashion that will mesmerize you

Beyonce Knowles and Brandy were among the first female hip-hop artists to wear hoop earrings. The earrings were simple yet elegant, making them a statement item on the list of accessories many female artists. Accessories are still in fashion to this day.

Bootcut jeans are almost similar to bell bottoms. The dress code rose to prominence in the early 2000s after female hip-hop bigwigs started wearing them. He almost disappeared, but lately he is slowly coming back to the fashion scene.

Bohemian skirts were also introduced in 2000s fashion and were preferred due to their simple design. Skirts are casual and allow you to feel free, girly and elegant. Several female hip-hop stars put on outfits in most of their music videos.

Ripped tops were iconic outfits among female rappers which dominated the world of hip-hop in the 2000s. The tops came in different designs, but one common thing about them was that they were all shredded. Soon after female hip-hop artists started wearing them, many followers weren’t left behind. 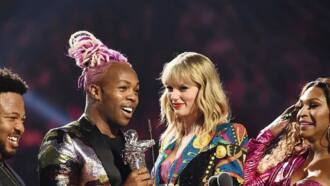 Best Dressed Celebrities at the 2019 VMAs

READ ALSO: 50+ stylish quotes from independent women to empower you on your journey

Legit.ng recently published an article on independent women quotes. Independent women inspire many people with attitudes and life processes. Some of their quotes can motivate you to strive for success in life.

Being a famous independent woman is not easy and you have to overcome many obstacles to reach the top. Most successful women have been quick to inspire people with quotes that tell how they made it. Be motivated by the collection of quotes from famous women.