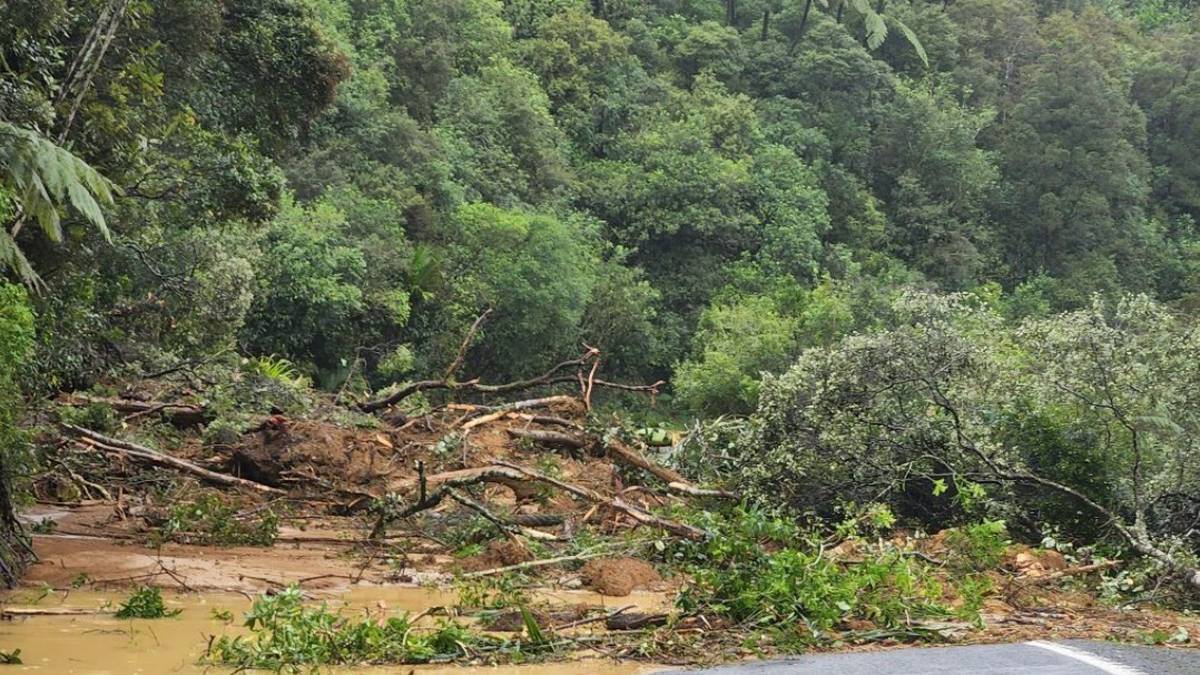 It’s one of Northland’s most frequently asked questions – and now you can get a bespoke t-shirt in its honor.

Kaitaia-based ACA Clothing now prints a crew neck t-shirt emblazoned with one of the most frequently asked questions in the area: “Is the throat open?”

The question refers to the famous Mangamuka Gorge, and naturally, if it is open.

Those on social media will have noticed that the question is asked almost daily.

However, due to the latest severe weather event, the frequency of requests has increased.

As a result, various Facebook Page admins have had to pin information to the top of their page in hopes of stopping people from continuing to ask the question.

Marley Maheno owns ACA Clothing to complement his day job in IT.

He and his partner, Brooke, work from home on the T-shirts, which are printed on demand.

Maheno explained that ACA Clothing has received requests for all kinds of clothing, including school clothes, sportswear, commemorative t-shirts and other special interest requests.

He said he designed the “Is the Throat Open?” T-shirt about a month ago after a local thought it would be funny to wear it in the Far North.

“It wasn’t my idea, Grilla-Tactix owner Reti Blair wanted it done so I created one and put it on the website,” Maheno said.

“Since then, we’ve sold about seven.”

Maheno said he’s gotten all kinds of requests for local colloquialisms over the years, such as “Scallops on the beach?” and “Is Kaeo flooded?”

The $40 crew-neck tee is a heavyweight material, with 100% combed ring-spun cotton, and is anti-pilling, with side seams for a better fit and to prevent twisting.

The shirt is available in S- XXXXXXXL, excluding 4XL.

All online orders can be picked up at 19a Kitchener St, Kaitaia, usually within four to eight working days.

The SH1 Mangamuka Gorge remains closed between Kitchen and Makene Rds for the foreseeable future.