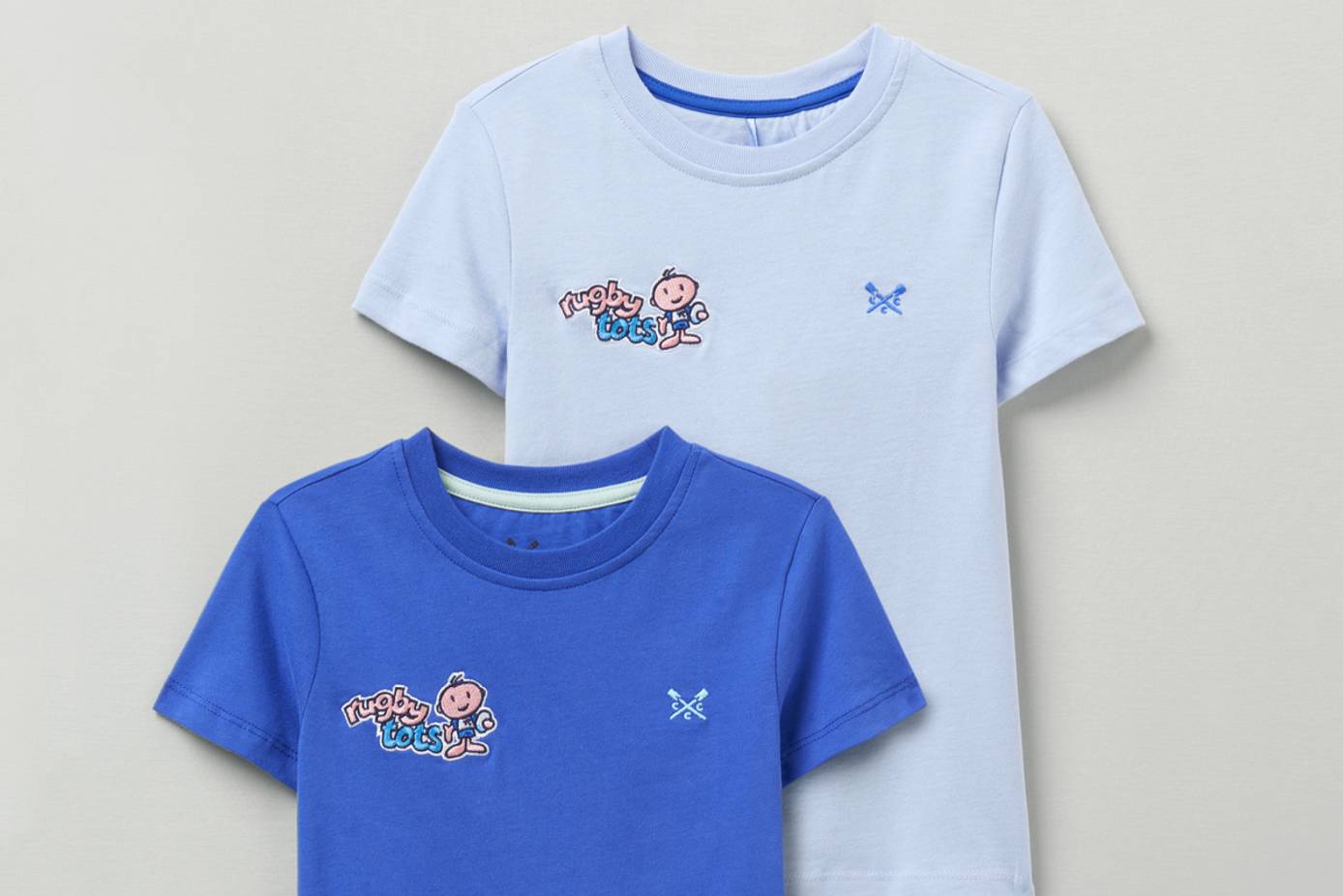 British fashion and sportswear brand Crew Clothing has announced an official partnership with Rugbytots, which provides a safe and inspiring space for children to play rugby together from the age of two.

As part of the deal, Crew Clothing launched a range of official Rugbytots licensed merchandise, featuring a selection of iconic Crew classics, including a zip-up hoodie, a lightweight jacket available in two colourways and a two-pack of t-shirts. super soft shirts.

The partnership is in line with Crew Clothing’s long-standing support for British sport and will also see the brand produce an official uniform for the 110 franchisees of Rugbytots in the form of a classic navy pique polo shirt.

Crew Clothing Brand Manager Georgina Clark said in a statement: “Crew Clothing has a long-standing affinity with rugby, and the upcoming partnership is a natural step for the brand in supporting future generations of players. and fans. We are delighted to unveil the new capsule collections and look forward to supporting Rugbytots in their ambitious plans for 2022. ”

In addition to the exclusive Rugbytots capsule collection, the partnership will include several benefits for Rugbytots members, including a 20% discount on all Crew Clothing products at full price. The brand will also host an official pop-up store during the Rugbytots in the Park event in 2022, selling a range of Crew children’s products alongside the official licensed Rugbytots collection.