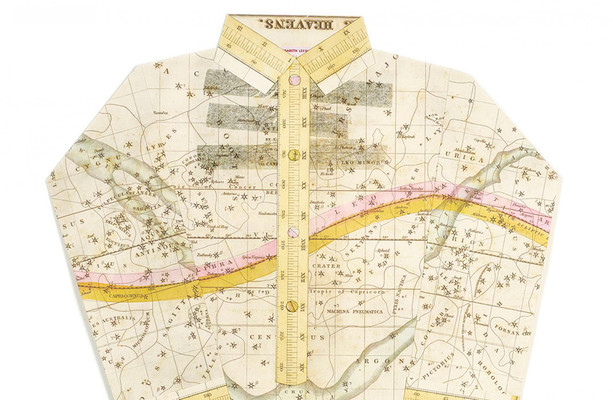 Excerpt: Clothes don’t just tell us about ourselves

UNLESS YOU ARE a nudist, you wear clothes every day. But you may not give much thought to the history of the items you wear, or perhaps who made them. Sofi Thanhauser, a writer and artist who researches clothing, has written a fascinating book which is a “people’s history of clothing”.

In the book, she examines the creativity and ingenuity behind textile production across centuries and cultures – but she also examines the human cost of it, such as labor camps. In this excerpt, she examines how dressing can be seen as something we do alone, but it also allows us to examine many aspects of the society we live in.

Dressing is an individual act, but it is also a deeply social act.

Clothing is not just a demonstration of our relationships with each other, it is a crystallization of those relationships. It is therefore not surprising that myths and stories about fabrics and clothing are a place where people wrestle with what should be their correct relationship with each other: with ethics.

Myths and stories about cloth and clothing contain warnings: about women locked up and forced to spin (Rumpelstiltskin) or weave (The Crane Wife), about the foolishness of the powerful (The Emperor’s New Clothes).

Cultural debates over clothing become proxy wars over other issues.

In any historical period or region, to study a culture’s conflicts and debates over clothing is to see them address fundamental questions of civic life. How many inequalities should exist between people, and should they be able to increase in the world? How does a society treat its women and men? Children and adults? Mortals and gods? What is the appropriate relationship between the individual and the collective? How much more powerful should the powerful be than the weak?

In the contemporary United States, the culture is saturated with language about clothing, but the vast majority of that language belongs to advertisers, or para-advertisers in the form of magazines whose revenue stream is driven by the marketing of clothing. Clothing is offered to modern consumers both as an opportunity for creative expression and as a solution to all possible ills. Clothes exist to exercise: to achieve health. For yoga: to achieve peace of mind. For beauty: to attract a companion. For career development: to secure an income. For self-renewal: to heal a broken heart.

Clothes have power. The power of the brand device, however, lies in making people believe that various ways of processing oil and cotton somehow produce distinctive objects. In this, the fashion industry parallels the
The American food industry, which, as Michael Pollan has shown, reconstitutes very few agricultural products: corn, soybeans, rice and wheat, into an ever-changing panoply of miracle products. For clothing, as for food, there is a vast secondary industry to guide consumers in their purchases: magazines, stylists, subscription shopping services and other “experts”.

Fortunately, in an age of false myths, there are also reliable sources of information. These are, of course, the clothes themselves.

Biologist M. L. Ryder, tracing the evolution of sheep breeds in Britain, noted that “a scroll may have written records and painted miniatures of sheep on its surface, but the real story of sheep is in the parchment itself”. Parchment is made from sheepskin.

The garment does not lie, although the writing on it may. A shirt may say “Wisconsin” while its tag reads “Made in India,” but the real political story is in its polycotton blend. To read objects with care and precision is to read the world itself: its systems and its systems failures.

Sometimes the clothes we wear tell more real stories than us. For example, those on the limits of human cruelty. In the United States, I was raised on the myth of progress: the idea that people and institutions that were once cruel and rapacious are no longer cruel.

The record shows that our cultural capacity for cruelty and exploitation, rather than improving in a straight line, waxes and wanes like the moon. In 1850, it was commonplace for women seamstresses to live on the brink of starvation while working fourteen hours a day making shirts.

In 1950, this kind of life was unthinkable for a seamstress defended by a union.

Today, it is once again commonplace.

Worn by Sofi Thanhauser is published by Allen Lane and available now.