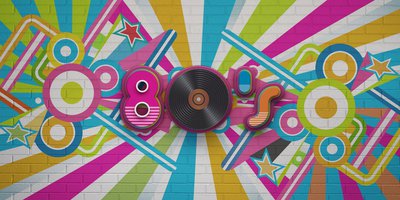 Which of these trends should stay in the 80s, never to be revived? Have your say in our poll…

1980s fashion inspired many of the clothing styles we wear today.

Power dressing was hugely successful in the 80s due to the penetration of many women into business and political circles, which were historically dominated by men.

Puff sleeves and oversized accessories, such as sashes and bows, were also the order of the day during the period.

Let’s go back and look at five other fashion trends from the 80s:

The 80s were all about big, wild hair – full volume and curls or waves. Many women have opted to perm or have feathery hair. The feathered hair was inspired by stars such as Farrah Fawcett from “Charlie’s Angels.”

Spandex, a synthetic fiber known for its exceptional elasticity, became very popular during this decade.

It was worn by all genders and people of different ages.

Movies such as “Fame”, “Xanadu” and “Flashdance” made leggings a hot trend in the 1980s.

Although they were first worn by dancers, everyone quickly joined in. They were worn with boots, tights and jeans.

Colorful clothing characterizes the 80s – bright yellow, orange, green and pink. These colors have been seen in clothes, shoes, hair accessories, and even makeup.

For tons of fantastic classics from the 60s, 70s and 80s, listen to East Coast Gold via the ECR app or here. We are also on platforms like Alexa (just activate the “East Coast Gold” skill), MyTuner, Radio Garden, iono.fmRadioline and OpenRadio.

Who is on air when?