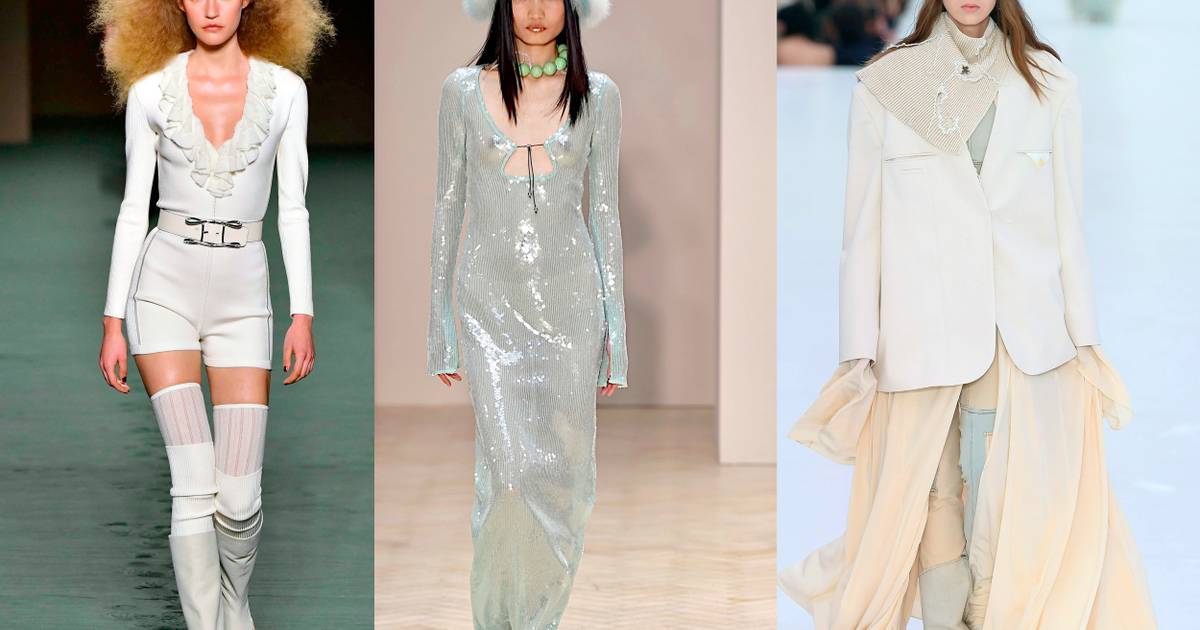 The accessories industry represents a turnover of a billion dollars and is an integral part of the seasonal offer of any brand. For FW22, designers showed off a variety of fun and even goofy items to accessorize their look. This included men’s ties, over-the-knee socks, baseball caps, futuristic sunglasses, and faux fur hats and scarves.

Over the knee socks

With so many shorts, mini dresses and mini-skirts on display, it was only fitting that above-the-knee boots and socks were prevalent. After all, these looks are for fall and winter. At Max Mara, designer Ian Griffiths presented a very unique gum-soled sock boot. As an alternative to boots, designers like Chanel and Hermés have accessorized cropped looks with knee-high socks. At Simone Rocha, they were dazzled.

Baseball caps can be considered “all-American”, but they have also appeared on many catwalks in London, Milan and Paris, including at Patou, Courrèges and Burberry. Coach 1941 and Gucci showed them in the house logo and there were oversized versions at Off-White.

Although it is the cold season, many designers have shown sunglasses, often in futuristic styles, have been presented at several shows, including at Balenciaga, Dior and Acne Studios.

In recent years, most of the world’s top fashion designers have moved away from using animal skins. For FW22, faux fur was put to good use for a variety of styles, including oversized headwear; featured at Gucci, Acne Studios, Balenciaga, 16 Arlington, LaQuan Smith and Versace.