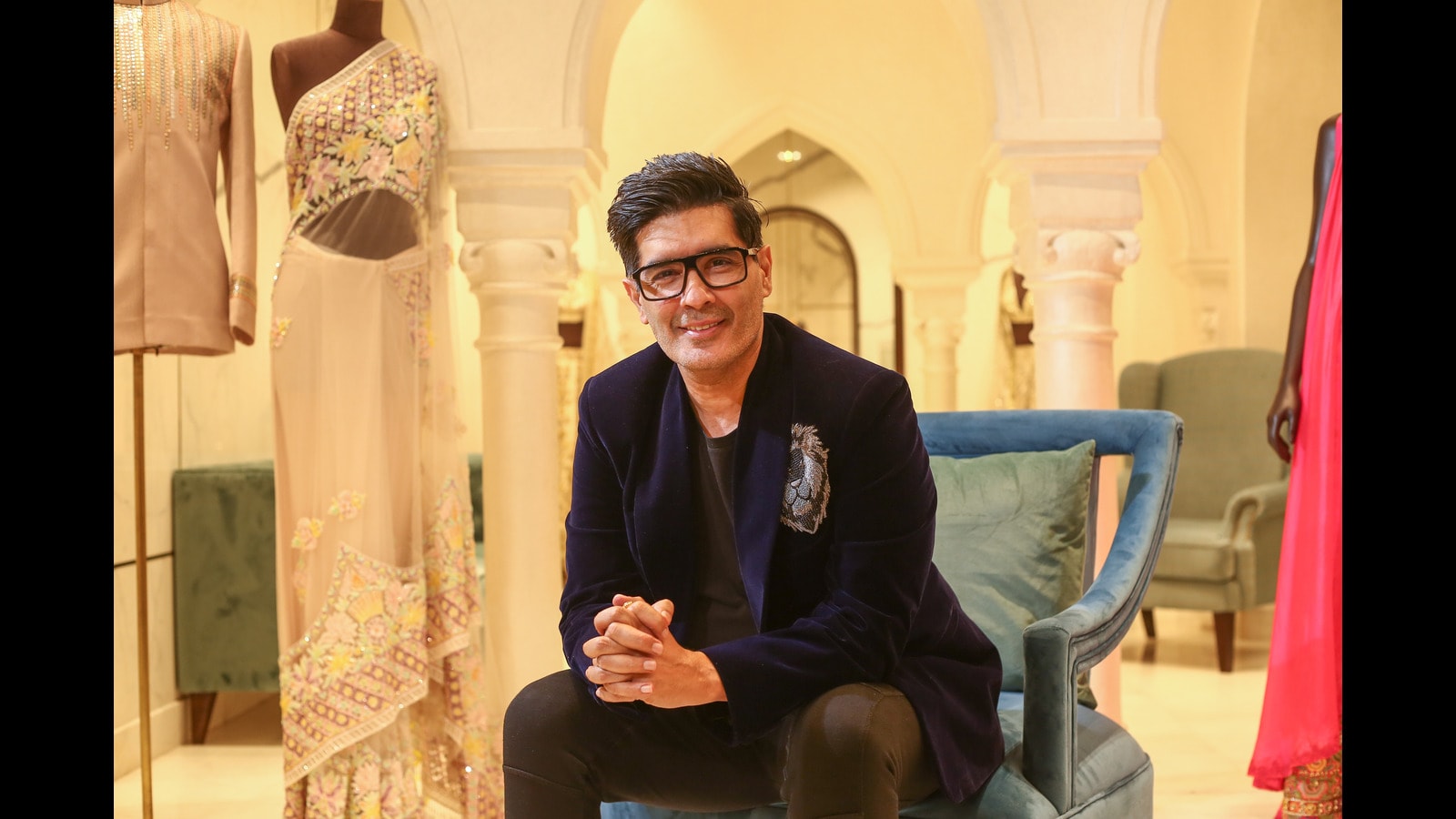 I am a fearless entrepreneur | fashion trends

Surrounded by several other designer brands and restaurants, the eight-year-old Manish Malhotra store, spanning approximately 15,000 square feet, stands in the center. With subtly colored walls and classic interiors, it offers a range of bridal wear for men and women. After waiting for the designer for some time, Malhotra came into the seating area and greeted us with a warm smile. Dressed in a green puffer jacket over a black t-shirt and bottoms, he looked fresh and fashionable. On his way to the men’s department, he greets his customers and confesses his love for the city. Over the next two hours, he told us about his childhood, his three-decade journey from go-to Bollywood costume designer to well-known wedding designer, challenges of the past and present, and his future plans. business expansion. Excerpts:

How were you as a child?

When I was only five or six years old, I was crazy about movies, clothes, and songs. My mum was from the North so when we moved to Mumbai she was a bit conscious and wanted me to learn English. She got a tutor for me when I was six. One day the tutor came and said to my mother, “Mrs. Malhotra, your son is only commenting on my dresses and not studying. I sense that you were born with certain inclinations. In my case, I was inclined towards clothes, music and movies. Even at school, I was a very orderly boy; I never bothered my parents, I never had problems with anyone because I dreamed of cinema. I was so interested in movies that I wasn’t interested in anything else. This relationship with films and cinema has lasted until now.

How were you studying?

I was not a good student at all. In sixth grade, I took painting lessons and I started to like it. This is where I got better with my diagrams. Before, I drew my diagrams very well and over time they became better than my studies.

Do you think you were an introvert?

My mom says I was pretty outgoing. I was talking to everyone and noticing everything. “This person wore this, this person does this.” In fact, my mother hid me saying: “Aj zaroor comment karega mere outfit pe”. (He will definitely comment on my outfit today).

How do you remember your college days?

In college, I had to take arts classes because I had averaged my tenth standard. However, I was waiting to go to college because I knew then I wouldn’t have to wear a uniform. I used to take a shaving brush and keep brushing my face for a bit of stubble to look a bit grown up; I had a baby face in college.

What subject did you take in Arts?

Economy (looking embarrassed). Bowels! Bowels! Bowels! However, I also did modeling during my college years. I actually went to Singapore and Bangkok when I was 19 with my modeling money. It was my first time traveling abroad with my own hard earned money.

When did you start working?

Back from Singapore and Bangkok, I joined a shop. Shops were the new culture back then. Even there, I drew all the time; I would adjust and reset the dummy. The National Institute of Fashion Technology (NIFT) had just opened in Delhi. I had applied but it was too late for my application so I thought why waste time and started working in the shop. I was always focused and never that person who hung out with friends until the morning hours. In fact, I have always been inclined to work and make a living.

So when did Bollywood arrive?

When I was working in the shop, people from a magazine were writing an article about all the budding young designers. They introduced me and called me the budding designer from India. I had just created a shoot, and in 1989 I also had the opportunity to do a song for actor Juhi Chawla in a film called Swarg, because David Dhawan is related to me; he is married to my cousin sister. I had made about 40 outfits for an exhibition also in Hong Kong through one of my relatives. That’s how I got into film in 1990. This year, I’ll be in the film industry for 32 years.

What do you think was the turning point in your career?

Rangeela (1995), she brought with her the sexy but believable new wave of clothing. This film changed the career of many, that of Urmila (actress Urmila Matondkar), mine. Then came Raja Hindustani (1996), and the whole Kareena Kapoor phase. What happened with me was that I followed Rangeela with various other hit movies, and it became – He’s the costume design man.

Why your own line then?

It was a step forward. The chiffon kurta design from the movie Dil To Pagal Hai (1997) became so popular, but I couldn’t cash in on it. People wanted to buy my clothes but where would they do it? I had no store. So, this need gave birth to my label.

It was a personal choice. Initially, I tried everything from dresses to swimwear, but later I realized that if I want to become a brand, I have to have a certain niche. In 1998, Yash and Avanti Birla gave me a store. I thought why not, let’s do this. Because I didn’t study fashion or business, I’ve always been a fearless entrepreneur. Everyone was like he’s a stylist, he’s a costume designer, how can he be a designer, how can he make wedding clothes, but I still went on. In 2005 I started my own brand and eventually ventured into Indian and bridal wear because I loved it.

Reliance recently acquired a 40% stake in your brand. Why partner at this stage of your business?

With Reliance, we hope to become more corporate and systematic. It is basically the corporatization of Indian fashion that is going to happen now. I don’t have a business background so this will help us with technology and sustainability. Moreover, I know them very well. I know how dynamic and fantastic they are.

What are some of today’s challenges?

Loyalty is less today compared to the loyalty there was before. People are restless. They go fast and are spoiled for choice. Space has become quite competitive now. It’s overcrowded. However, the upside is that it pushes you to be on your toes and constantly innovate.

What social cause are you close to?

Women empowerment! I have an NGO, Mijwan, which mainly works to give work to women. When we started we had 40 women, today we have over 350 women with us. This platform has given a lot of happiness to these women. It is really good.

What are you currently working on?

I’m working on this film, Rocky Aur Rani Ki Prem Kahani (which will be released in 2023), for Karan; there is Alia, Shabana, Jaya Bachchan ji in the movie. Our summer collection work continues. Also, I can’t wait to shoot my fashion film.

2022-02-14
Previous Post: Two large clothing stores closed in Burton
Next Post: MAGIC back in Las Vegas to show off the latest fashion trends