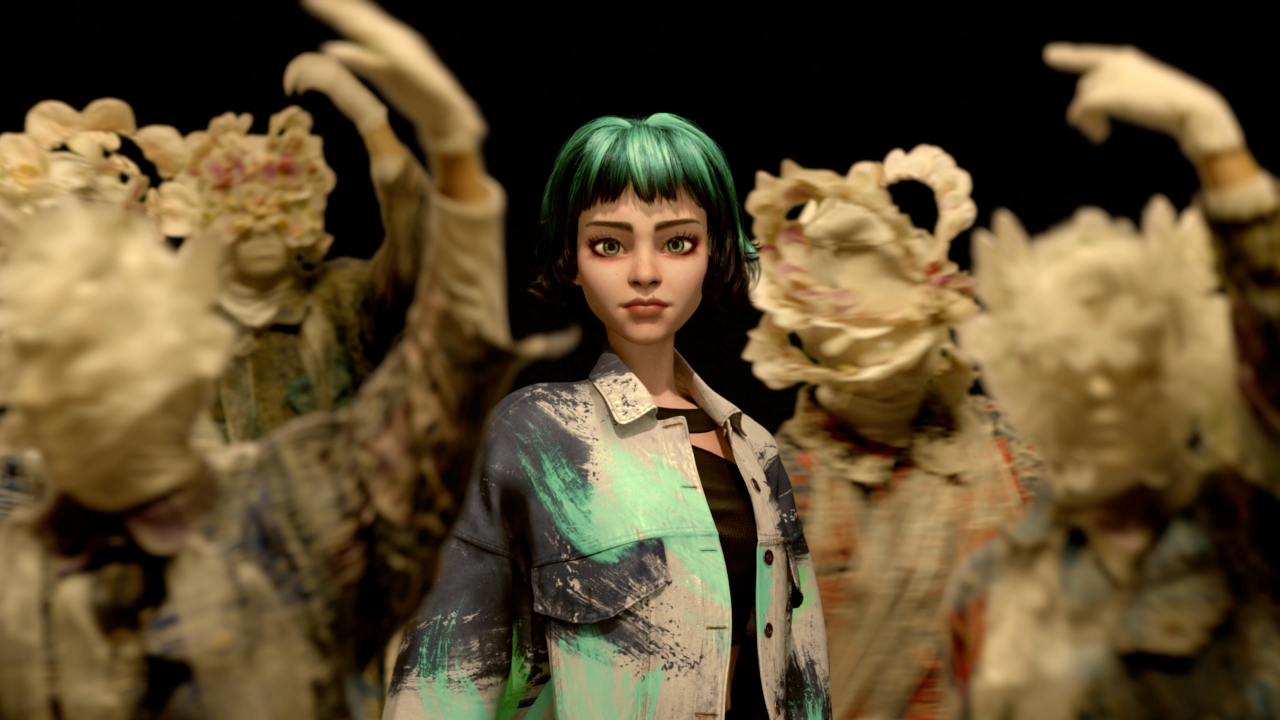 The collection on the metaverse comprising 13 jackets, 14 pants and three hats, dubbed the “Digital Upcycling Project”, was designed to highlight the use of digital waste to reduce the carbon footprint.

In her first solo fashion collection, Tilda combined digital waste, which LG says consumes energy and contributes to carbon emissions when transmitted or stored digitally, with second-hand denim and fabrics. .

The collection showed that digital images, which would otherwise have lain dormant on a digital space, served as sources for the recycled designs and were reinterpreted into various items, colors and patterns largely in the Boro patchwork style, according to LG. . The carbon emissions produced by a single person’s annual emails are equal to the carbon produced by a large vehicle traveling 320 kilometers, the company also said.

Tilda made her first public appearance at New York Fashion Week in February at the joint “Flowers on Venus” show with designer Park Youn-hee of Greedilous which featured 13 out of some 3,000 images and visual designs created by the designer. artificial intelligence of Tilda. The Digital Upcycling Project’s digital waste comes from leftovers from its previous collection that couldn’t make it to the catwalk.