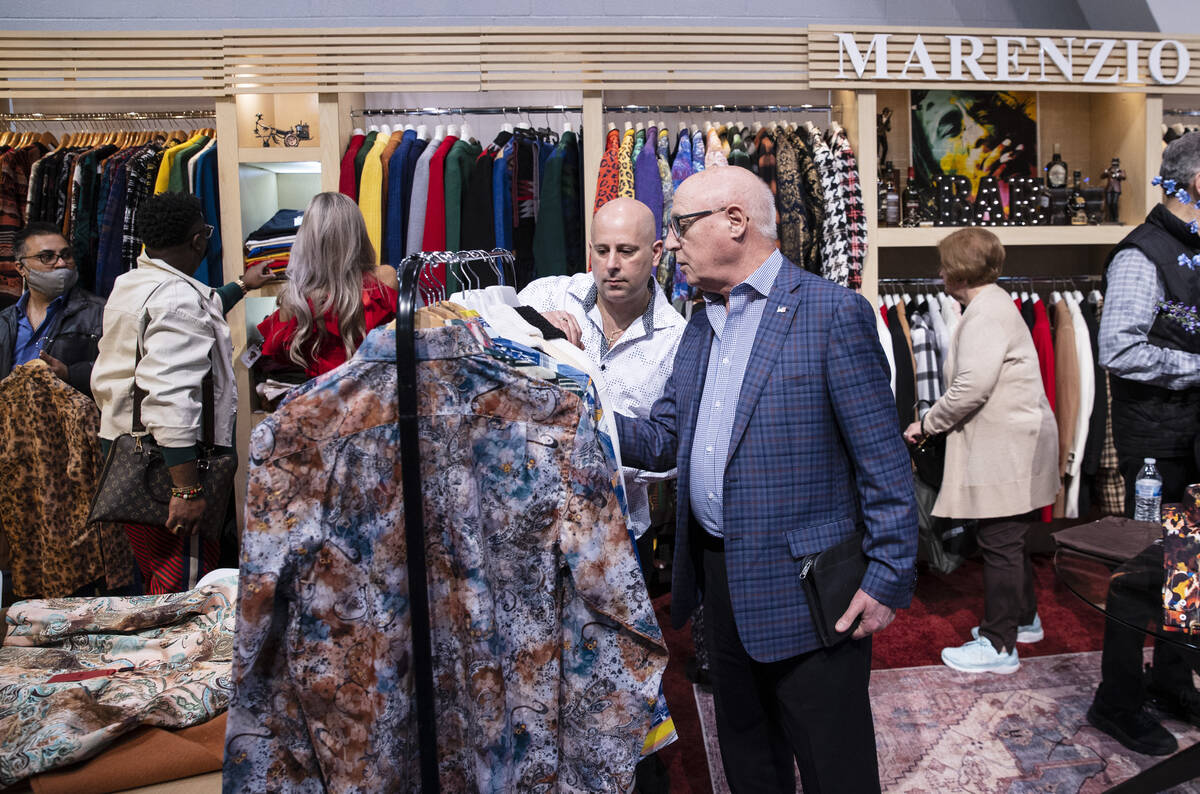 The Las Vegas Convention Center was filled with the scratching sounds of hangers moving across a rack and bold colors and patterns as buyers and sellers promoted upcoming fashion trends at the MAGIC Las Vegas fashion show on Monday .

Members of the fashion industry are looking to buy and sell ‘professional leisure’, oversized blazers, fuschia-toned accessories and the rest of the latest trends of 2022 at the biannual convention which runs until Wednesday .

Organizers Informa Markets Fashion previously declined to share attendance estimates, but the Las Vegas Convention and Visitors Authority estimated before the pandemic that around 78,000 people visited the show.

Show officials say more visitors are expected for this show, in part because overseas travel bans have been lifted since the MAGIC show in August. Edwina Kulego, vice president of international affairs, declined to identify the share of international exhibitors, but said it was “substantial”.

“We’re a global trade show, that’s what sets us apart from the competition,” Kulego said. “We’re really thrilled with the influx of people coming in and the energy.”

Kevin Sengul, co-founder of Finch LA, said his men’s and women’s streetwear brand returned to the Vegas show to capture the vast available market. The brand comes from a Turkish fashion house, where the clothes are made. But Sengul wants to expand into both the US and South American markets.

Sengul noted that buyers were browsing the shelves on Monday morning, which he thought was typical for trade shows.

“I think we do most of our business on day two because people walk around and see what people have (on day one),” he said. “Then when they make a decision, they come back, it’s day two.”

Industry members say fashion has been hit hard by supply chain disruptions, with products made in Asia facing shipping delays and rising costs.

“What’s so great about the MAGIC Wallet is that there are so many immediates,” said Jordan Rudow, Vice President of MAGIC. “In terms of deliveries, they will be released before the fall, but they will also be released in the spring/summer so that shoppers can buy products now or before the season.”

In SOURCING at MAGIC, organizers attempted to address some of these issues by connecting retailers with manufacturers and fashion tech companies. Educational sessions on reshoring and offshoring – bringing manufacturing back to the United States or the Americas. The show also featured a sustainability collection highlighting brands independently verified to be green.

The expo was a way to highlight successful sustainability models and educate other retailers or manufacturers on how to make greener choices. Cindy Lin, CEO of Hey Social Good, the third-party company that audits sustainable business practices, said many in the industry want to make more ethical choices but don’t know how.

“The brands are also confusing, frankly,” Lin said. “They’re often like, ‘This person says they’re (sustainable). Are they? It’s hard to know. If you’re a brand, your goal is to create beautiful fashion. Are you an expert in the science of manufacturing?on the science of fibers?I feel like there shouldn’t be that expectation.

Famous faces and no masks

Monday started with some high profile names at the event. Elaine Welteroth, a judge on Bravo’s reality show “Project Runway” and former editor of Teen Vogue, and Dapper Dan, a fashion icon known for his ’80s streetwear, addressed attendees for the speech. opening.

A performance by hip-hop group Salt-N-Pepa was on Monday night. A performance by rapper Tyga and a guest appearance by “The Real Housewives of New Jersey” cast member Melissa Gorga are also scheduled.

This week’s trade event will be one of the first in Las Vegas since Governor Steve Sisolak lifted the state’s mask mandate on Thursday. Organizers said they did not require masks but would encourage attendees to wear them. Other COVID-19 safety measures include promoting social distancing and regular cleaning.

McKenna Ross is a corps member of Report for America, a national service program that places reporters in local newsrooms. Contact her at [email protected] To follow @mckenna_ross_ on Twitter.