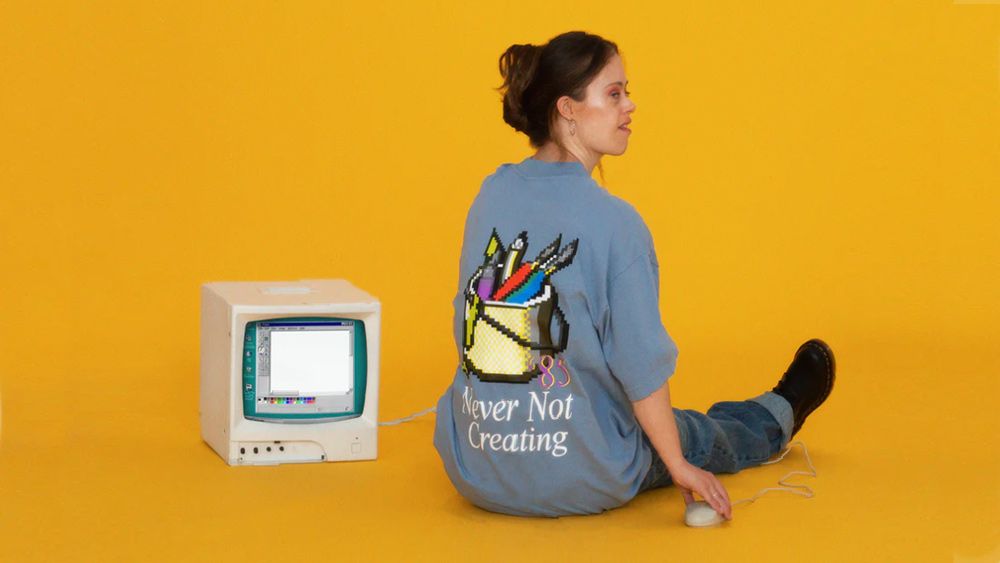 There were a few laughs this week when Microsoft launched its own clothing line. Yes really. Undeterred by Apple’s unsuccessful foray into fashion in the 1980s (see proof below), the tech giant had begun selling a line of clothing under the pun-tastic Hardwear brand. And the designs were inspired by the company’s most mocked software: MS Paint.

The nine-piece collection of t-shirts, hats, sweatshirts, jackets and pants was designed by Gavin Mathieu, and it’s actually not nearly as cheesy as one might expect. In fact, it’s actually pretty cool – and totally, unashamedly, 90s in spirit and style. But will people pay these prices? (perhaps you will if you have money left over after saving with one of the best Microsoft Surface deals).

Microsoft describes Hardwear as much more than a clothing line – as any good brand should. He says the collection reflects the Normcore style, a lifestyle aesthetic that “focuses on people, not the clothes they wear.” He also designed the range to inspire creativity by being simple, reducing any distractions to creativity. In an article on his website (opens in a new tab)Microsoft says, “Check out the collection, but don’t stop at the clothes. Understand and convey the message that creativity isn’t on you, it’s inside you, and it knows no bounds.”

OK, we love the message and the story that Mathieu, who is the founder and creative director of Supervsn Studios (opens in a new tab), was inspired to become a designer using MS Paint. We also like the retro style, but the prices? T-shirts cost $60, “tech cargo pants” $150, and trucker hats $25 (although we’re certainly more willing to pay Microsoft for real clothes than pay Meta for virtual clothes). You can see the entire Hardwear collection in the Xbox Gear store (opens in a new tab).

While Microsoft has long since expanded its scope from software to hardware, its entry into fashion comes as a surprise. Apple has die-hard fans who would undoubtedly pay through the nose for a clothing line if they chose to produce one. But Microsoft? In fact, this all sounds more like something Apple could do…

Oh wait… It’s already done. In 1986. The Apple Collection, as shared by The Trad (opens in a new tab), was very much of its time, with brightly colored shirts and polo shirts, and of course the Apple logo then in the colors of the rainbow. Suffice to say there was no second collection.

2022-07-17
Previous Post: Just for fun – what’s the oldest piece of clothing in your wardrobe?
Next Post: Celebrities who have tiny flower tattoos, as fashion accessories