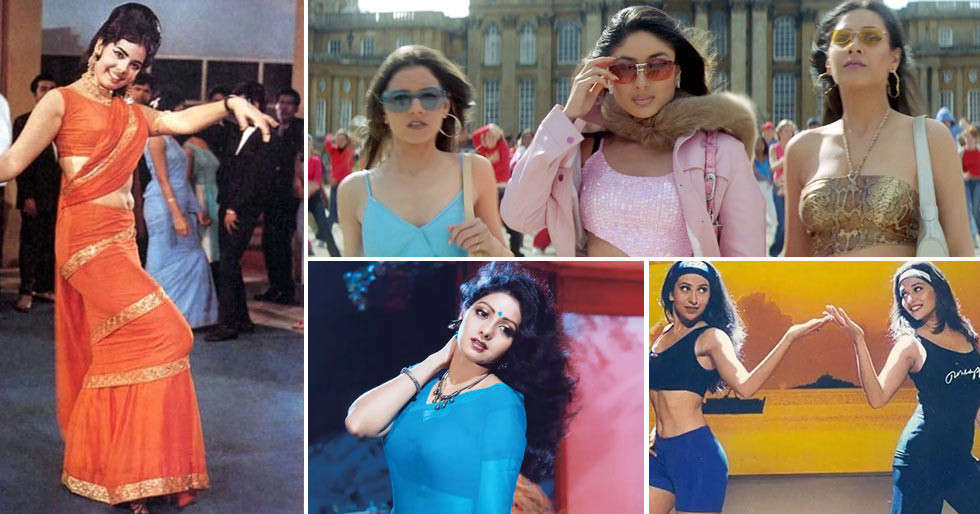 They say that life imitates art, and you don’t have to look far to find out. It’s hard to imagine any other culture where cinema has the reach and influence it has in India. We buy what celebrities sell us in ads, obsess over the names of their newborn babies, and let the release of certain movies become so political that we take to the streets in protest. Whether you’re a movie buff or not, you can’t deny that screen-to-street bleed is inevitable – especially if you’re aware of what’s going on in the fashion world.

The fashion industry has undoubtedly matured and developed a more organized infrastructure of fashion weeks, commercially oriented ramp shows and a backbone of PR executives, professional stylists and choreographers over the past two last decades. However, another factor has firmly established itself in the warp and weft of Indian fashion: Bollywood star power. Contrary to the global trend, where celebrities mostly appear as guests in the front row of the creator and only top models play the leading role, Bollywood-obsessed India operates differently. Our models are those of Tinseltown. They pose in fashion advertisements and serve as fashion icons on social media and the face of the Indian fashion industry, in addition to starring in films. Fashion designers rely on the wide reach and appeal of Bollywood movies and stars to attract attention, media coverage and business. Stars need designers to help them look fashionable and up-to-date when attending events. This is a designer match made in heaven.

Be it Kareena’s Salwar-Kameez pants and t-shirt Jab we met that sparked an “Indo-Western” revolution or Deepika’s evening wear from Cocktail that brought back a major love for mini-dresses – no industry in our country is as influenced by the screen as fashion. Dominant trends are constantly reflected on our screens. What may come as a surprise is that the ripples of Indian cinema dating back to the 1980s, 1990s and even the early 2000s also seem to be reflected in the relatively new streetwear scene. As trends from decades past reappear all around us, it’s clear that some of our favorite cult classic Hindi movies may have been about something that modern streetwear brands are still imitating.

The Anarkali suit represents opulence and history. The name Anarkali refers to the famous court dancer of Mughal Emperor Akbar who attracted and stole the heart of Prince Salim. She is known for her exceptional beauty and her first name, Anarkali, literally means “blossoming pomegranate”. In the 20th century, Bollywood had a significant impact on Indian culture. The love story of Prince Salim and Anarkali was adapted for the big screen in 1960 as Mughal-e-Azam. It was a cinematic masterpiece and audiences loved Madhubala as Anarkali. The film was so successful that it set a trend that lasted for decades. Now the Anarkali is worn for almost all special occasions including weddings, parties, festivals and social gatherings. This costume design is popular among women of all ages due to its elegance, uniqueness and style.

Bobby was Dimple Kapadia’s first film as a lead actress opposite Rishi Kapoor. It was one of the most popular films of the 1970s which propelled her to stardom. The entire film was a great mix of romance and classic 1970s vintage fashion. It was in the news not only for the sweet romance, but also for its groundbreaking fashion tendencies. Aside from the new couple, it was the polka dot blouse tied at the bust and the short skirt that became a trend almost immediately after the film’s release. Several years later, Prachi Desai wore the look in Once Upon A Time In Mumbai, Kareena Kapoor in Heroine and Vidya Balan in The dirty picture to resume Silk Smitha. Why do you think it became known as the “Bobby” print?

An evening in Paris is known for many things, including its stylish thriller, breathtaking views of Paris never before seen in Hindi cinema, melodious music and memorable songs, and the trademark antics of Shammi Kapoor. The film’s most enduring fame, however, is that it was the first to feature a Hindi film actress in a bikini. Surprisingly, the sexy ensemble was suggested by none other than the film’s heroine, Sharmila Tagore, who wanted to wear the two-piece in the film. Tagore reluctantly agreed to wear a one-piece for the film but wore the bikini for a photo shoot with Filmfare magazine. The shoot, which included more photos of her posing in a bikini, featured “beachwear and lots of Sharmila,” as the accompanying caption cleverly states! Sharmila posed in a two-piece bikini and hid nothing. It only took her two minutes to change, but the faces of magazine covers changed forever.

Mumtaz was a seasoned actress at the time of the film’s release. However, it wasn’t until Brahmachari’s Aaj Kal Tere Mere Pyaar Ke Charche became a global fashion icon, putting the form-fitting saree on the map of most iconic fashion moments. Mumtaz wore an unconventional, low-waisted, pre-pleated saree with gold gota trim and a ruffled hem for the song. She accessorized with gold chandelier earrings, a choker necklace, a hath patti and the signature 1960s puffy hairstyle. The saree itself was iconic. However, the story behind it demonstrates that Mumtaz was a true fashion icon who wasn’t afraid to take risks. Mumtaz was nervous about dancing in a sari because the song required a lot of movement. As a result, her costume designer, Bhanu Athaiya, created a pre-pleated saree with side zipper. Mumtaz’ style was here to stay, as evidenced by the draping that felt like a second skin around her hips and knees, the ruffled bottom and the sultry ensemble as a whole.

With her exceptional acting abilities, the late Sridevi established herself as India’s first female superstar. Her on-screen antics aside, her fashion choices have always turned heads. The actress had developed a distinct fashion identity with her sleek Indian looks within six yards. So much so that, even years later, her fashion sense continues to inspire generations. Sridevi’s white chiffon saree in Chandni in 1989 became her most iconic look, inspiring many imitators. Later, Sridevi won hearts as the eccentric reporter Seema in 1987’s iconic Mr India, but she also scorched the screen in an incredible look that hasn’t been forgotten to this day. In the sultry song Kaate Nahin Kat Te, she wore a blue chiffon saree with a matching bindi and a red lip, showcasing her dancing skills to the fullest.

When Dil Toh Pagal Hai came out in 1997, the country may not have been prepared for the fashion forefront. Karisma Kapoor and Madhuri Dixit were both icons at the time, with big hits like Raja Hindustani and Hum Aapke Hain Koun..!’, but this movie elevated them above the rest. Since it was primarily a dance film, the athleisure was on point. Tight-fitting cycling shorts, a plethora of sports bras, a plethora of cleavage-hugging kurtas and Karisma’s abs notes made most Indian women line up in stores looking for replicas.

If Millennials and Gen Z can agree on anything, it’s that Poo from Kabhi Khushi Kabhi Gham was a true fashion icon. Her character needs an introduction, and her fashion sense doesn’t. Poo served as a fashion model for millions of girls growing up in the early 2000s, and her outfits are still very relevant with the resurgence of Y2K fashion. Poo’s introduction in the film solidifies her role as a fashion icon. She served as a sartorial inspiration for generations to wear and look stunning in her sequinned asymmetrical halter top and leather mini skirt. In fact, there were plenty of occasions throughout the movie where Poo wore the crop top with grace. What’s trending on the catwalks right now was already in Poo’s gorgeous wardrobe, which, let’s be honest, we all coveted.

The link between cinema and mainstream fashion is obvious. What is seen on the big screen by moviegoers one day becomes a popular product the next. The films offer viewers a way to escape their own lives and immerse themselves in the lives of other, usually glamorous, people. Fashion is doing something similar by allowing its followers to “reinvent” themselves. Often the selves they try to emulate are those of the icons they admire in the film; it therefore seems natural that they imitate the dress style of those they consider role models. As Joanne Entwistle so eloquently put it, “fashion opens up possibilities for structure, even temporarily”