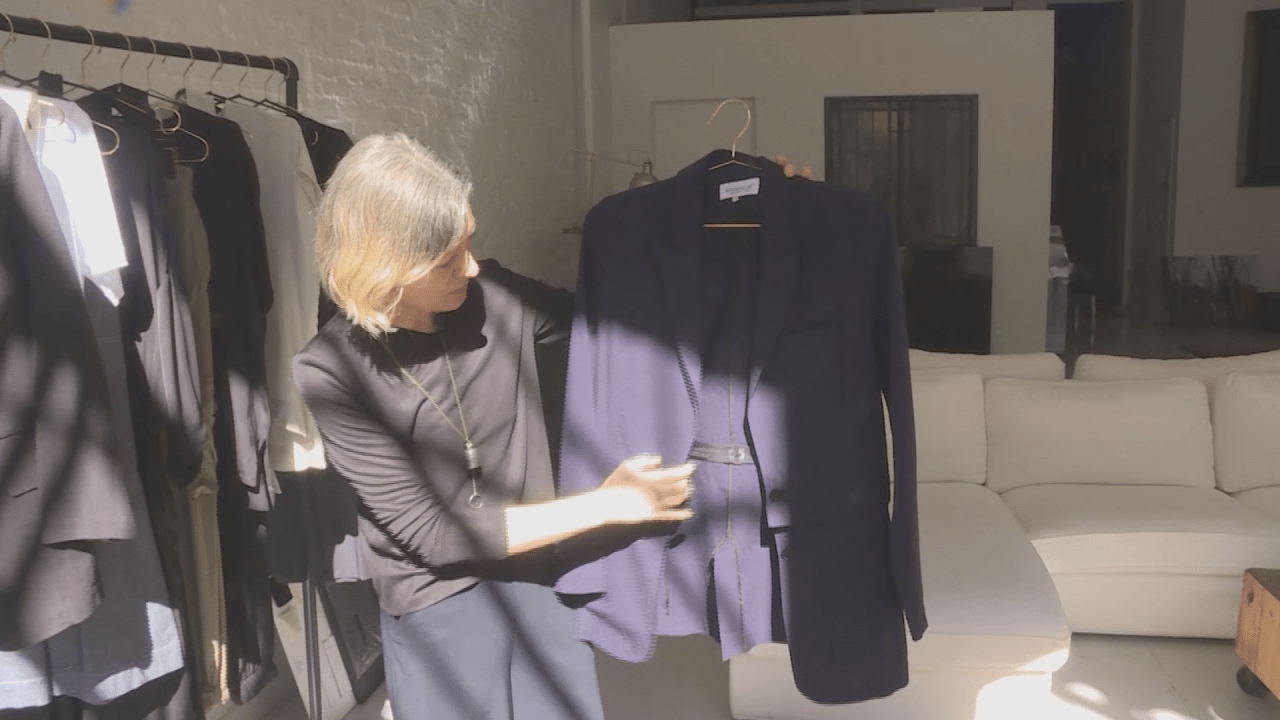 NEW YORK (PIX11) – A Ukrainian fashion designer living in New York is donating funds from her clothing brand that will directly help women and children provide relief in Ukraine as Russia continues to invade.

Tamara Davydova works and lives in SoHo, but her story begins in Kiev.

“It was my dad’s old classic car from 1968,” she told PIX11 News as she looked at photos from a scrapbook of what life was like back home in Ukraine; it seems like a long time ago, especially now that war broke out last week.

“The country house is actually next to Irpin and Bucha, where unfortunately the fighting is going on right now,” she said.

Davydova came to the United States when she was 15 and later graduated from Parsons School of Design. She and her husband returned to Kyiv to be married at the Botanical Garden in 2007.

Now the devastation takes over. His parents just got out of it and came to New York three weeks ago.

“Their flight here was canceled three times,” Davydova recalled. “It was incredibly stressful.”

Other family members and friends are always left behind.

“We cannot reach them at the moment,” Davydova added. “The phones don’t work.”

To help, she donates 30% of the proceeds from purchases of her Minimalist fashion brand.

“We all have power, and that’s why I’m making this sale, because I want to raise money to donate to Ukraine,” Davydova said. “Right now, I choose the Red Cross and UNICEF. It is very difficult to get the money directly to the Ukrainians because the banks are closed and people are not going out.

Minimalist uses sustainable materials to support a circular economy and prevent textiles from ending up in landfills.

“The product is intended to maximize a woman’s wardrobe while minimizing the impact on our planet,” she added.

While doing her part to save the planet, she also does what she can to save her home country. She is optimistic about the possibility of returning and bringing her sons back for their old summer trips.

To support Davydova’s business while sending relief to Ukraine, you can shop her website here.

She is also offering a 10% discount on all merchandise with the promo code “TOGETHER”.

2022-03-05
Previous Post: 6 current fashion trends to spruce up your style in 2022
Next Post: You’re Gonna See These 10 Fashion Trends Everywhere This Spring